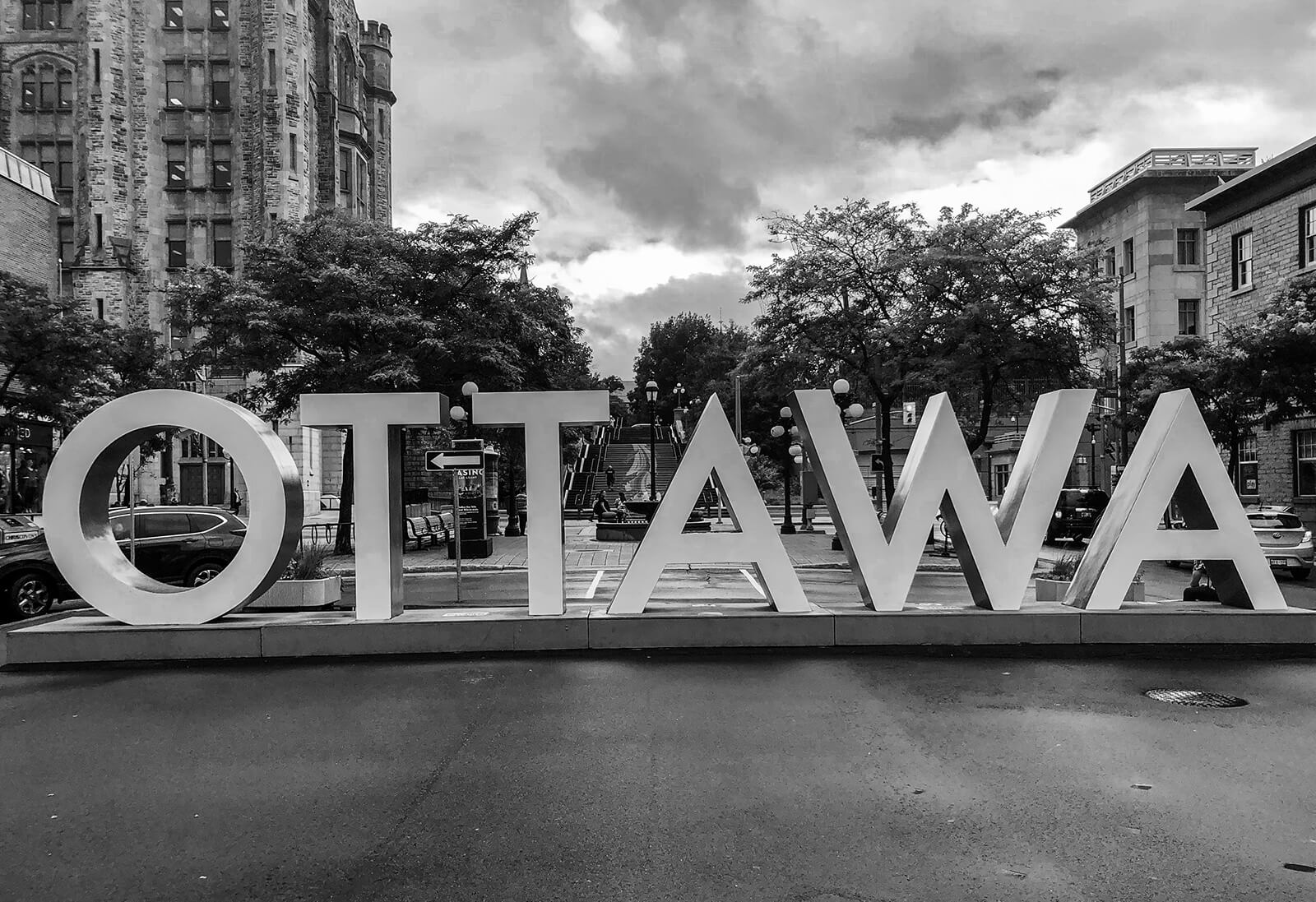 2019 has been an exhilarating year in Ottawa. There have been many incredible accomplishments for the city, and the economy in the Greater Capital Region has continued to develop in new and novel ways.

We’ve also had our fair share of challenges. We all watched as the new Confederation line of our LRT got off to a somewhat shaky start.  The city has continued to look for unique and innovative ways to deal with road maintenance issues. And, of course, Ottawa, like almost every other major city in Canada, has continued to face the challenge of a shortage of affordable housing despite the announcement of a National Housing Strategy a couple of years ago.

However, notwithstanding the continued growing pains we face as a city, Ottawa’s job market in 2020 continues to look promising across numerous sectors. In many ways, the troubles we are facing are typical of cities going through considerable growth. In this article, we’ll have a glimpse at a few of the sectors that we expect to be a big part of Ottawa’s development going forward in 2020. We’ll also examine some of the factors that promise to keep growth active throughout the next year and into the future.

While there has been an incredible influx of blue-chip tech companies to the National Capital Region over the last number of years, we’ve often found the best indicator is how well homegrown shops are doing at a given moment.

Probably Ottawa’s best-known tech operation, Shopify processed $2.9 Billion in sales over 2019’s Black Friday/Cyber Monday weekend. Their annual revenue is now at $1.4 Billion, and they expect to grow their Ottawa employee base from a current roster of just over 1,000 to about 3,000 people by 2021, which represents a 200 percent increase in two years. Having just hit the 1,000 employee milestone at their Ottawa headquarters in 2019, Shopify released a video love letter about working in the National Capital Region that’s definitely worth a watch.

Beyond Shopify, local Ottawa tech business expansion continues, supported notably by increased investments in the Bayview Yards. As an entrepreneurial hub, it has served as a launchpad for some of our most exceptional homegrown technology companies. And, no doubt, it will continue to encourage this city’s tech employment demand well past 2020. The Bayview Yards bill themselves as “the ultimate one-stop business acceleration shop and ‘mash-up’ of technical, business and market services, resources and expertise that helps entrepreneurs and companies launch, grow and thrive, and compete with anyone in the world.”Which, to us, sounds just about right.

And, while Kanata remains the de facto tech hub of the area, the recent expansion of the O-Train is already starting to spread tech companies into other areas of the Region and give them more room to grow. The projected opening of LRT access out to Moodie Drive by 2025 has provided businesses with even further options for their local expansion plans.

When we turn our attention to blue-chip companies in the Region, we’ve seen Ford continuing to expand in Ottawa with its driverless technology infrastructure. They’ve been ramping up to compete with the industry leader, BlackBerry QNX, also developing and conducting tests in and around Ottawa. These projects are both scheduled to continue through the next number of years and are very likely to add to local employment numbers going forward.

Although, as we look to 2020, another tech area that’s receiving a considerable amount of attention is Cyber Security. In 2018 the Federal Government announced its investment plans to help better protect Canadians from cybercrime. With the number of tech start-ups in Ottawa and the integrations with telecommunications and physical infrastructure, we’re seeing a dramatic increase in demand for skilled professionals in this niche area of technology.

Of course, before we leave the tech sector, we have to mention Ottawa’s Vicki Iverson (co-founder and CTO of Iversoft) recently being named CTO of the year at the Women in Finance and Women in IT awards held in Toronto. Her Ottawa tech company has been going through a technological transformation from an app developer to a full digital consultancy. Her dedication, as well as her leadership to help tech talent develop their skills on company time, gives us considerable confidence in the industry as we move into 2020.

No review of the local job economy would be complete in Ottawa without considering the role of the Public Service. A big part of Ottawa’s success as a tech hub has been a direct result of the stability provided by the area’s largest employer, the Federal Government. So it can be a bit concerning when the Conference Board of Canada is forecasting a cooling in that sector.

A recent report by the CBOC estimates the growth rate in the Public Service moving from 4.6 percent in 2018, to 2.8 percent in 2019, and finally to a rate of 1.2 percent from 2020 to 2023. Fortunately, though, the same study found that the decrease in Public Service sector growth would directly be compensated by the increase in the professional, scientific, and technical service industries, as they expect them to grow by 2.3 percent through 2020.

The Construction sector has seen some incredible growth in the National Capital Region over the last decade. The housing boom, the downtown development projects, the Parliament buildings rejuvenation, and the O Train expansion have all had the industry working around the clock. That said, the Conference Board of Canada is predicting that when all the numbers are in for 2019, we will have seen a decrease in output of 5.2 percent for the sector. This drop is partly as a result of the completion of Phase 1 of the new LRT, and things like the collapse of the proposed redevelopment of LeBreton Flats.

The good news is that the Board sees a quick rebound as the construction of Stage 2 of the O Train comes online (a project valued at $4.66-billion), and Shopify builds its new fulfillment centre in the Region. Overall they are predicting an output increase of 3.7 percent in 2020.

If we look beyond 2020, there is renewed hope that the National Capital Commission’s recently-launched process to develop a new master plan for the LeBreton Flats will bear results. With this development, and the new Central Library scheduled to begin construction in 2021, there is cause to believe the industry’s upward movement will only continue through the next number of years.

A knock-on effect of the tech sector continuing to dominate in the National Capital Region economy has been a sustained increase in jobs tangentially related.

The Legal Services sector has made continued gains over the last number of years, and we see that trend holding steady through 2020. Increased entrepreneurial enterprises in the Region have provided plenty of work for local firms, and as these companies mature, the demand for in-house counsel also continues to rise. The variety of work has also continued to expand. With all the new ventures comes a reasonable amount of business-incorporation work, and as the sector progresses, the need for intellectual property protection broadens.

In 2020 we are forecasting sustained growth in licensing, employment law, and patent protection. And, with the housing market continuing to grow at a steady rate and businesses needing more extensive accommodation, there will also be an increase in demand for real estate lawyers, construction legal specialists, and those versed in commercial real estate law as well as leasing law. As a result of increased legal services demand, we have also seen a bump in the number of support staff being hired by firms and legal departments. Those looking for positions as Legal Assistants, Law Clerks, Paralegals, and Filing Clerks are finding their skills in high demand.

With so much growth, the number of new positions available for Human Resource professionals and administration team members has also been growing. We also see greater earning potential in 2020 for marketing and sales staff as local companies branch out across the region, the nation, and beyond.

Housing and Cost of Living

It’s also essential to pay attention to other areas of the economy when discussing the employment market. Housing is one of the most critical factors to monitor, especially if you need to draw candidates from other regions of the country, as we do in Ottawa.

If you purchased a home in the Ottawa-Gatineau area in the last number of years, you’ve likely watched as your home crept up in value. True, the numbers were not astronomical like those in Toronto or Vancouver, but there are definite signs that demand is outstripping supply in the local market. The professional services firm PWC recently ranked Ottawa as the Number three Real Estate Market to Watch in Canada for 2020. Their report highlighted “solid economic growth and a vibrant housing market,” as critical reasons for the price climb. Not to mention, Ottawa’s recent population numbers climbing above 1 million people, citing, “migration from other cities, including from Toronto-area residents looking for more affordable housing options,” as a vital driver of the market.

Having a population of over 1 million people puts Ottawa into a new category of urban living. The density allows us to have much of the downtown infrastructure of a large city and attract the cultural experiences people are looking for in a metropolis. This development, in turn, makes us attractive to even more companies looking to expand into new markets. However, all of this causes the cost of living to rise. Fortunately, we’ve seen Ottawa companies responding to the competition by increasing salary offers and looking for new ways to support staff through innovative programs, such as increased maternity support, enhanced health spending accounts, and more.

Overall, we believe the employment situation in Ottawa is in great shape heading into 2020. However, like any dynamic market, things are continually shifting. If you’re considering making a career change or representing a company thinking about the National Capital Region for your next expansion, we can help. LRO Staffing is a full-service staffing agency with a thorough understanding of the Ottawa-Gatineau economic landscape and a commitment to getting the right talent in the right place.   Our customized approach allows us to take the time needed to ensure the right fit; for job seekers and employers. No matter if you’re looking for contract employees, or trying to land that first or next full-time gig, we are just the professionals you need.

Deborah Montgomery currently serves as the Director of LRO Staffing's Government division. Specializing in the placement of consulting and temporary help professionals within various levels of government - primarily in the Ottawa region, Deborah is a strong believer in transparency and honesty and is committed to excellence in the staffing industry.