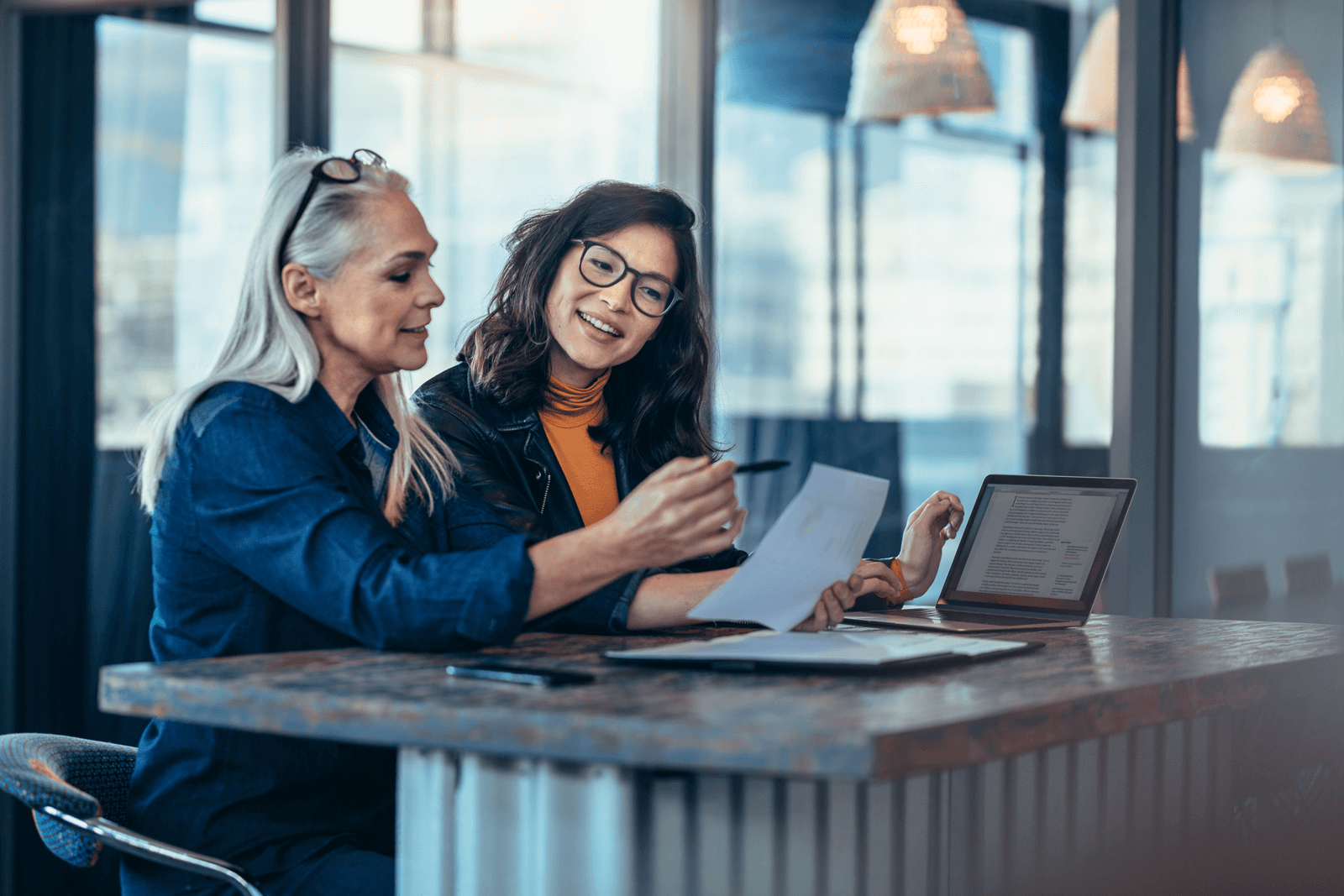 The Effects of COVID-19 on Women in the Workplace

It’s hard to believe that just one year ago, our lives were changed dramatically and navigating the new normal through a global pandemic began. By April 2020, almost 2 million Canadians had lost their jobs and female-dominated service industries were among the first to disappear. Industry experts quickly recognized the disproportionate impact COVID-19 has had on women and their participation in the workforce and coined the term “she-cession”.

Women are Losing their Jobs Faster than Men

In previous recessions like the financial crisis of 2008, men lost their jobs faster than women as male-dominated industries took the brunt of the economic impacts. However, due to the elevated domestic stress brought on by lockdowns and school closures, women have become substantially more affected by the pandemic; especially in industries such as hospitality, healthcare, education, social services, and retail sectors. In March of 2020, women between the ages of 25 and 54 lost more than twice as many jobs as men in Ontario. Industry experts fear that the progress made to close the gender gap could be reversed as women’s participation in the labour force is down to its lowest level in three decades. As Canadians put forth great effort in improving employment rates, studies found that women are regaining employment at a rate three times slower than men.

The Solution – The Canadian government has implemented a process known as the Gender Based Analysis Plus to determine how their policies and programs will impact Canadian citizens based on their gender, race, ethnicity, religion or age. This was implemented in 1995, but due to recent events surrounding the pandemic, the government has renewed its commitment to this process.

Furthermore, the Government of Canada and the Department of Finance have recently announced members of a new task force on Women in the Economy. This group will harness the best ideas from a diverse group of experts from different sectors of the economy to advise the government on a feminist, intersectional action plan that addresses issues of gender equality in the wake of the pandemic. The Task Force on Women in the Economy will be co-chaired by the Deputy Prime Minister and the Associate Minister of Finance.

Female Entrepreneurs have been Severely Impacted

Over the past 20 years, women have increasingly joined the cadre of entrepreneurs. In fact, they now exceed their male counterparts. Despite this exponential growth, women continue to face unique challenges when building and scaling a business; particularly during COVID-19. When it comes to supporting the canadian economy, women represent 16% of small and medium-sized enterprises (SMEs) with one or more employees, but account for 38% of self-employed Canadians. Although economic relief programs for small business are available through the Federal Government, many female entrepreneurs were ineligible for the program due to a lack of employees on payroll.

The Solution – The Canadian government recently introduced the Women Entrepreneurship Strategy, an a 5 billion dollar initiative to double female-owned businesses by 2025. The strategy will include access to financing, talent, networks, and expertise as an incentive to advance gender equality and women’s participation within the economy.

Studies indicate that 1 in 3 Canadian women considered leaving the workforce to take care of domestic duties during the first wave of COVID-19. When schools and daycare facilities closed due to federal and provincial restrictions, parents were left with no alternative but to facilitate virtual learning and care for their children at home with only 5% of parents utilized child care services from March to June 2020. With the uncertainty of child care reopening and heavily affected sectors remaining closed, women continue to face significant challenges navigating childcare and work simultaneously. In fact, approximately 1 million women are still missing from the Canadian workforce. Many couples fear that once daycares reopen, rates will be more expensive due to an increase in demand and become much less accessible for lower income households.

Female Representation is lacking in STEM and Skilled Trades Industries

The lack of female participation throughout the labour market has created an opportunity to address the shortage of talented women in specific sectors including STEM, Construction, and other skilled trades. Due to long-standing biases and gender stereotypes, women tend to avoid pursuing careers within these sectors. Underrepresentation in these professions is a reflection of gender norms that are associated with the choices girls and boys make early on in their education when choosing a career to pursue.

As an example, the Canadian construction industry in 2019 employed approximately 191,700 women.  To put this into perspective, there are approximately 1.1 million tradespeople in the construction industry with women only making up 4.7% of that workforce. Industry professionals predict that due to an ageing workforce and lack of succession planning there will be a shortage of approximately 82,400 workers by 2029 in this industry. The construction industry is only part of the gender inequality issue within the labour force. In a Labour Force Survey conducted by Stats Canada from 2008 to 2018, women were found to have made less than significant gains in the trades during this time. In 2008, just 3.7% of women worked in industrial, electrical, and construction trades. By 2018, the number of women entering the force increased by only 200, which increased the percentage to just under 3.9%. The study also found that only 1 in 10 Canadian apprentices are women with the majority of them concentrated in female-dominated occupations like hairstyling and aesthetics. Empowering women to pursue a career in the trades will reduce this shortage and accommodate for greater gender inclusion.

STEM industries (Science, Technology, Engineering and Mathematics) lack a balanced gender workforce even with government strategies set in place to promote careers within STEM. Though women are investing more in their education, and make up the majority of post-secondary education graduates by 58% in Canada in 2013, a shortage of women remains constant in STEM industries. A gender-related study conducted from 2006 to 2016 by Stats Canada found that in general, male STEM graduates remained in a STEM-related career but women were more likely to move onto a non-STEM industry by 2016.

The Solution – The Canadian Apprenticeship Forum has established a National Strategy for Women in Trades or considering a career in the trades. Their goal involves targeting women to actively participate in and remain in skilled trades. In 2018, only 4.5% of registered apprenticeships or journeymen were women, a number which this organization plans to increase to 15% by 2030.

The Federal Government and its partners have implemented many initiatives geared towards increasing the involvement in STEM related careers specifically for underrepresented groups such as women. Furthermore, the Provincial Government has reformed curriculums to include coding and financial literacy early on in students’ academic careers in an effort to encourage girls to pursue male-dominated fields.

How your Business can help Women Return to Work

COVID-19 has set the female labor force back several decades and put gender equality in peril. In order to bring this dilemma to the forefront, the Government, domestic employers, and educators must focus on this issue and consciously make it a part of their strategic agenda.

Businesses must simplify their return to work plan, invest in support programs geared towards women, and adjust the norms surrounding flexible work schedules. Furthermore, assessing the effectiveness of your organization’s diversity and inclusion policies to improve the representation of women, is an issue that requires immediate attention if we are to see a healthy gender-neutral recovery.