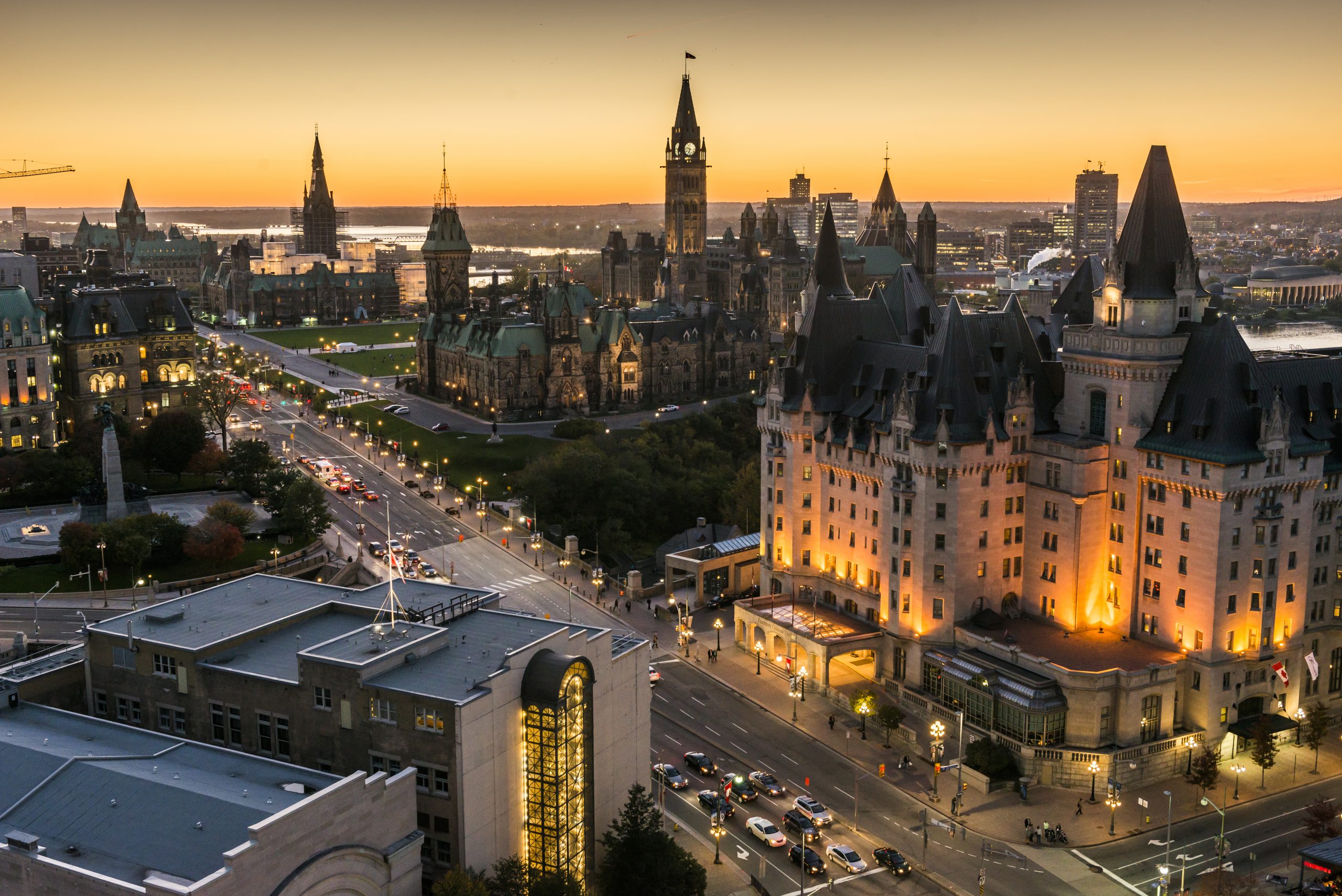 By the end of 2019, the consensus among industry experts predicted Ottawa’s job market would flourish in 2020. However, we now know this prediction couldn’t have been more inaccurate due to the unforeseeable COVID-19 pandemic. March 15th, 2020, was certainly an unforgettable day; the entire city of Ottawa was directed to stay home. By the 24th of March, Dr. Etches, Medical Officer of Health for Ottawa Public Health informed the city that non-essential businesses would be closing for the foreseeable future, resulting in major job losses that affected every sector of the economy. A hiring freeze was essentially forced into effect. The markets most affected were the hospitality and service industries, retail merchandisers, and aviation. In fact, according to CTV’s Editor for the Parliamentary Bureau Andrew Lee, the hospitality industry was one of the hardest-hit industries suffering more than 10,000 jobs lost since March 2020.

According to Stats Canada, the unemployment rate in the Ottawa Gatineau Region stood at a relatively normal rate of 5.1% in March to a staggering 9.5% by June 2020, which was the highest unemployment rate throughout the pandemic thus far. In December 2020, the unemployment rate sat at 6.7%, showing a steady decline. Job loss was a major issue in 2020 but with vaccinations on the rise, we expect to see greater job opportunities in 2021.

Throughout the article, we’ll dissect Ottawa’s top job sectors, how they’ve been affected, and what we can expect from these markets moving forward into 2021. Though it is difficult to predict trends and patterns in an ever-changing environment, these are the statistics and predictions of Canadian industry experts.

For over three decades Ottawa has been an industry leader in the technology sector. In the present day, the Nation’s capital is one of the most diverse and growing technology hubs in all of North America. According to Invest Ottawa, the capital consists of approximately 77,000 workers in the Information and Communication Technology workforces.

As the pandemic swept through our city and businesses began to close their doors, unlike many other divisions, the tech sector was able to make a seamless transition to working from home. By April 1st even Shopify, one of the capital region’s largest tech firms, had paused their financial forecasting, as the future was looking unpredictable. However, tech companies quickly realized that restrictions based on COVID-19 would benefit their business mandates because their services were essential for our citizens to connect. In fact, most high tech companies performed better than ever. For instance, Shopify finished their third quarter in 2020 extremely strong with $767.4 million in total revenue, which was a 96% increase compared to the third quarter in 2019. Note that financial results have not yet been posted for the fourth quarter. Overall, it’s been predicted that the company will finish the year with 2.9 billion dollars (US) in revenue which is an 80% increase from 2019. Stock prices rose by 204% from January 1st to December 24th which resulted in the company being the most valuable in the country.

“The accelerated shift to digital commerce triggered by COVID-19 is continuing, as more consumers shop online and entrepreneurs step up to meet demand.” “Entrepreneurs will be the force in rebuilding economies all over the world, which makes it even more important for Shopify to innovate and build the critical tools that merchants need to succeed in a low-touch retail environment.” – Harley Finklestein, President, Shopify

Amazon, who opened a warehouse in the city’s east end and employing 1,500 citizens, is planning to open a second facility in Barrhaven. Due to stay at home orders and lack of shopping expenditures in retail stores, Amazon’s projected revenue for 2020 tops off at $380 billion, an increase of $100 billion over last year.

Due to work from home measures we’re seeing Ottawa-based companies such as Ericsson, Nokia, and Ciena collectively finishing the year strong due to increased demand leading to increased sales as the purpose of these companies is to build and maintain heavy-duty networks. Altogether they employ over 5,000 people in the Ottawa region. With constant zoom meetings, gaming, and other internet streaming services, these companies are in demand and working harder than ever to ensure we all stay connected during these trying times.

Our Director of Technology Recruitment provides insights into the local tech sector. She noted that undeniably, the pandemic has disrupted the recruitment process for both the employer and job hunters. However, due to the continued government issued work from home orders and the digital by default work climate that has been implemented within many IT companies, a candidate’s physical location will continue to become less important when considering a position. When the pandemic eventually flatlines, we predict that these changes will remain and evolution within the Technology sector will continue.

She also noted that in our current climate, the majority of job interviews will take place virtually and will require candidates to research new skills and etiquettes. Since we no longer have to be on-site for interviews, placements have never been so easily accessible. Forget about the days of 4 pm interviews – candidates are more open to working and interviewing during off-hours. Virtual interviewing has allowed candidates to meet more team members during the process as opposed to seeing the office space and only meeting the interviewer.

Overall, Ottawa’s Tech sector remains strong throughout the course of the Pandemic and we expect to see this persist throughout 2021 so long as immunizations are on the rise and the rest of the economy recovers.

Government Sector Remains a Vital Component to the Ottawa Economy

When one thinks of Ottawa from a workforce perspective, “The Government city” is the thought that automatically populates one’s mind, though there is much more to the city of Ottawa, we can’t ignore the fact that this sector accounts for 18.2% of Ottawa’s total GDP, a close second to Ottawa’s high tech sector.

As many other sectors in the city, there was a period of uncertainty at the beginning of the pandemic in March and April as many workers were urged to take vacation time while departments strategize a plan to move forward throughout the pandemic. Like the Tech sector, most employees were able to make a seamless transition to remote working arrangements.

Contract positions were either cut before the term date or were not extended as they normally would have been. It is believed that approximately 75% of existing employees were able to return to work, but 25% did not. Contract opportunities typically increase during September and October in previous years, however this pattern failed to materialize this year due to the pandemic. Contracts started to regain momentum in November and December, however not to the level typically recorded in previous years.

When we focus on senior roles within the Government sector, we’re noticing a higher demand for contract health professionals. For general roles, there’s an increase in demand for Environmental, Communications and Project Management/Support, and general clerical positions. Though hiring trends in this sector have changed pace, the workload is ongoing, therefore departments feel the pressure to make necessary changes to accept and engage more work from home senior consultants. Confidence in accepting these roles remain high as these senior employees typically have several years of experience within the federal government.

As the pandemic continues, we’re seeing more employees retire in the public sector due to personal risk intolerances. This will result in more employees choosing to become consultants and they can decide which opportunities to pursue based on set protocols.

The impact of the COVID-19 pandemic on the Canadian Construction industry was evident in 2020, with records showing a detrimental loss of approximately one-fifth of construction jobs and reduced hours of 43% between February and April. On a Provincial scale, the construction labor market was significantly impacted in February and April according to Building Force Canada, resulting in a loss of 94,000 jobs. In the springtime, as the economy slowly reopened, we saw renewed growth which continued into the summer months as the industry, fortunately, regained 81,000 jobs. The rate of unemployment significantly decreased from 14.5% in May to 8.5% in June.

Industry experts expect employment opportunities to rise in 2021 so long as health restrictions and safe work environments remain a top priority for construction workers and their employers. With the volume of planning permits submitted in 2020 still surpassing those in recent years and continuing to climb despite the pandemic, job opportunities within the construction industry will remain high, most notably within the areas of infrastructure and residential developments.

Although the construction industry continues to face difficulties in staffing positions based on factors attributed to a lack of technological innovation, shortage of women entering the field, and lack of succession planning, employers in Ottawa still require a high volume of staff to move major projects forward in 2021.

When discussing the employment market and the economy in general, we can’t forget about the effects of the housing market. Though we’re seeing the shift to remote work, Ottawa is still a desirable geographic location, specifically for couples and young families. The Nation’s Capital is recognized as a city that’s safe and family-friendly.

If you’re selling your home in Ottawa in 2021, you’re in the right market. According to a recent blog by RE/MAX the average price of a home is expected to rise by 7% in 2021 making this market a buyer’s paradise due to increased demand and low inventory. In fact, low inventory has been a common trend not only in the city of Ottawa but throughout Ontario. Re/Max has seen the average price rise over the years from $441,693 in 2019 to $524,956 in 2020 and predicts that the average for 2021 to be approximately $561,702. However, with the construction industry back to work, they expect to see inventory levels increase in 2021, meaning homes will remain on the market longer than we’ve recently witnessed.

Trending properties tend to include larger green space and more space in general throughout the home which is a reflection of the effects of COVID-19. Since buyers are less concerned about commute times, neighborhoods on the outskirts of Ottawa like Kanata/Stittsville, Orleans, and Barrhaven are becoming more popular.

Until vaccines are distributed to Canadian citizens, it will take time for “normal” life to resume. Vaccines are vital to reopening the economy and should prompt Canadians to spend the disposable income they’ve been saving this year. In the spring of 2020, when the virus began to ease up, economists saw a rise in consumer spending habits. The economy began to recuperate, and it’s expected that once we get through this most recent rough patch, we’ll see this pattern again and the economy will bounce back.

Though it is difficult to predict the future in a rapidly changing environment, overall we’re seeing a continued need for industry professionals within all of our nine divisions. Whether you’re pondering a career change or hoping to make your next move, LRO Staffing takes great pride in finding the right career to fit your skills and expertise. If you’re a business searching for quality employees in a contract or permanent capacity, we can provide access to the best and brightest in the markets we serve. As the job market changes continuously and competitive pressures in finding quality candidates increase, having the right staffing partner can make all the difference in finding the right fit for your role.