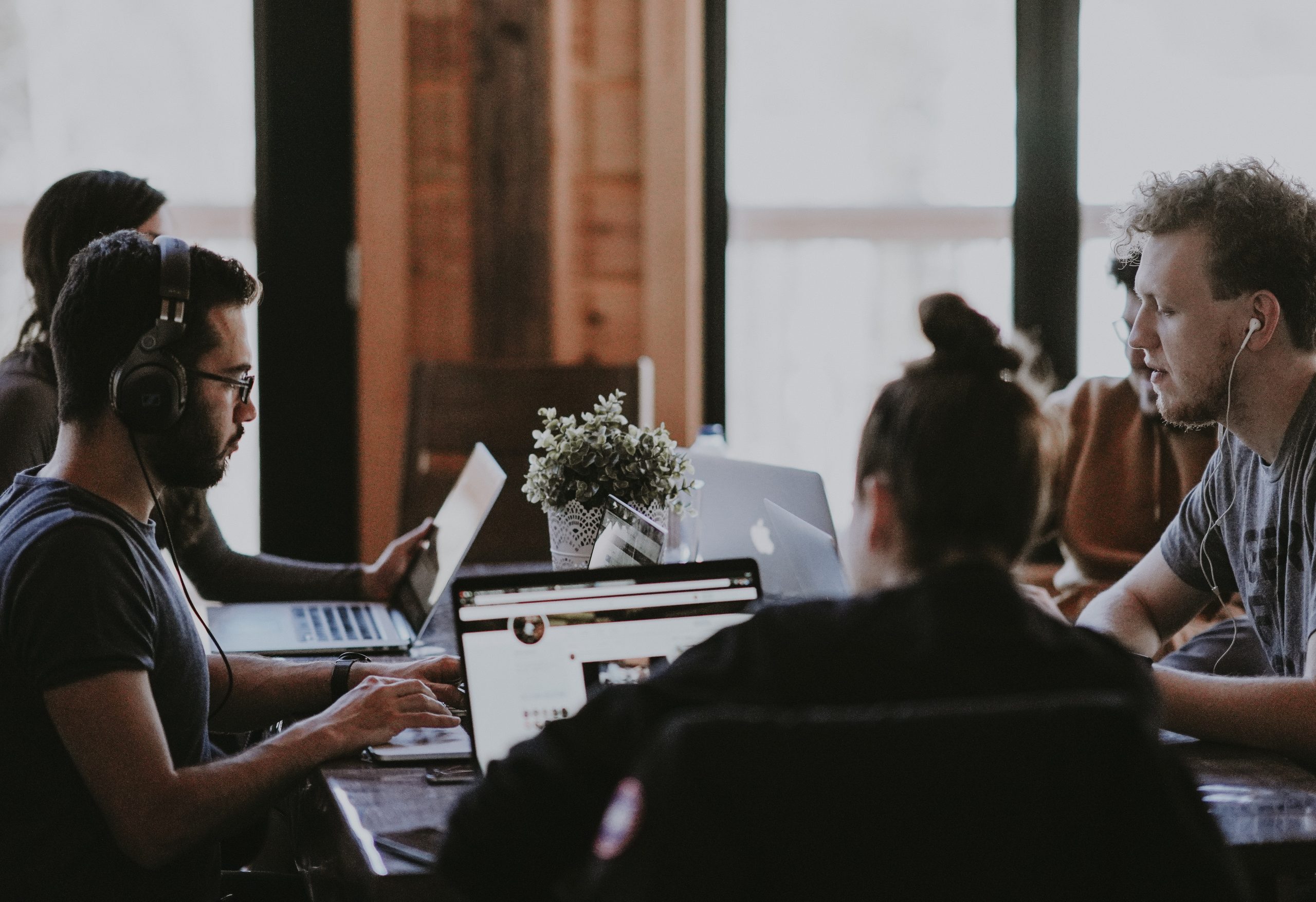 Can Your Company Move to a 4-Day Work Week?

With the world’s current state, many companies are actively pondering what the new normal might look like when we can safely return to the office.

One idea that has been getting a lot of renewed attention is the four-day work week. It’s an idea that’s been around for quite some time. In fact, in 1959, then-Vice President Richard Nixon thought working four days a week was in our “not too distant future.”

When you consider the origins of the standard five-day work week, it’s not hard to comprehend why many people are contemplating adapting their schedules in new ways to match our modern society. Looking back to the nineteenth century, we can see our current model’s history, including the idea of a weekend, take shape. A 2014 article in The Atlantic explains, with only Sundays off, many factory workers used the day for drinking and merriment, leading to what they called “Saint Monday,” where workers would skip the next day to recover from Sunday’s fun. The compromise was to give workers a half-day off on Saturday in exchange for a promise to always turn up on Monday. It wasn’t until 1908 that Saturday began to transition into a full day off.

Virtually everything we’ve come to accept as our work week has been evolving custom and culture rather than developing any strategic design or decisions based on science. So it stands to reason that there is still room for making changes to better suit your business, customers, and employees. As a modern company, you’ll want to give it plenty of careful consideration before you recalibrate the calendar.

We’re going to lay out a few of the things you should be considering and highlight some of the data that will help you decide if your company can move towards a four-day week.

Of course, it’s first important that we spell out what is usually meant by a four-day work week. To eliminate the fifth working day, proponents of the four-day workweek suggest adding two extra hours to each of the four working days to still allow for a forty-hour week. This adaptation means there is no change in hourly wages, but the staff gets three days for the weekend instead of two. In this scenario, there are a number of immediately identifiable benefits for staff.

By allowing for eight hours to be shifted onto the four other work days, staff have more concentrated time off. These longer consecutive off-hours can provide more time for social activities with friends and family, not to mention pursuing hobbies or exploring other leisure activities. A 2019 study by Henley Business School found that 77 percent of workers said a four-day workweek improved their quality of life. It can also allow parents the opportunity to volunteer in the classroom on their off-day and connect more fully with their children’s schooling. Conversely, the four-day work week means that staff also have more concentrated time in the office. These additional hours in the day can allow for greater productivity because they reduce the amount of time spent warming up in the morning and closing things down in the evening.

Microsoft Japan tested the idea of a four-day work week in August 2019 and saw productivity rise by 40 percent and electricity and paper costs fall. Overall, they discovered that staff made better use of their hours in the office, knowing they would have more time off at the week’s end. Microsoft Japan found that employees took 25 percent less time off during the trial, electricity use dropped by 23 percent, and the staff printed 59 percent fewer pages of paper during the trial. When surveyed at the end of the trial, 92 percent said they liked the shorter week.

Pros about a four-day work week:

The trouble can occur when overlapping the four-day workweek on to a world primarily working five days. For example, parents who now have to work later into the evening will potentially need to manage extended childcare needs on the four working days. It will also mean that bedtime routines with younger children could be significantly impacted. After work social engagements with friends who work at other companies may also be diminished.

The other significant concern is customer expectations. Before you consider shifting your working hours from a typical five-day work week, you need to take stock of how your customers or clients engage with your service. For many B2B operations, taking a whole day off when your customers are working could be detrimental to your sales numbers. On the other hand, the State of Utah ran a four-day workweek experiment back in 2008 and found that residents quickly adapted to the changed schedule. While the offices were shut on Fridays, people appreciated that they could access government services later on the other four days. This meant they could take care of any business they had with the State offices after their workday instead of making arrangements during their working hours. Strangely, despite staff satisfaction levels in and around 80 percent, the State of Utah returned to a five-day workweek in 2011.

Cons about a four-day work week:

Throughout this article, we’ve been analyzing the typical parameters for a four-day work. However, an enhanced model has emerged to gain some traction, especially as this year’s pandemic has revealed how productive people can be without direct supervision. What we are calling the four-day work week next-level is a format where employers simply cut one day from the workweek without increasing hours on the other four days.

A variation on this next-level model has employees working five days a week but reducing their hours from eight to six. In both these options, where they have been tested, there have been productivity increases. The rationale behind this is that with fewer hours in their schedule, employees realize they have less time to complete all of the tasks expected of them. As a result of the compressed workday, meetings become more focused, idle chit-chat is reduced, and workplace social media usage goes way down. A 2015 study conducted by Adobe found that an employee spends an average of six hours a day on emails. Of course, they were not distinguishing between work email and personal, nor hours spent on email at work versus at home, but suffice to say there is a lot of time spent responding to email that could probably stand to be reduced.

The most famous study was done in Gothenburg, Sweden with full-time nurses and concluded that working fewer hours made the nurses happier, healthier, and more productive. Additionally, a 2016 study by the Organisation for Economic Co-operation and Development ascertained that productivity actually went up when people worked fewer hours. In contrast to these experiments, a 2014 study out of Stanford University found little correlation between the number of hours worked and employee productivity. The Stanford study identified that productivity starts deteriorating after employees worked beyond 50 hours a week.

Organizational psychologist and best-selling author, Adam Grant, has been a longtime supporter of the reduced hour work week. He’s noted the power of focused concentration is more important than long-hours for driving productivity, especially when it comes to high-level creative workers, such as coders, writers, designers, and even CEOs.

“People waste a lot of time at work,” according to Grant. “I’d be willing to bet that in most jobs, people would get more done in six focused hours than eight unfocused hours.”

Can We Implement That Here?

This next-level model may or may not be right for your organization and is worth careful consideration.

No matter what model you are considering, you will first want to spend some time reviewing your organization’s objectives. For many cutting edge software companies, creative production is the lifeblood of their organization. Finding ways to reduce hours spent on menial tasks and giving your top producers time back may be just what you need to push your firm’s productivity. However, when it comes to positions requiring customer service, you may find that if you reduce the available hours where a customer can get someone to help them, it could hinder repeat business.

After you’ve considered your business objectives and determined that your organization could, potentially, get by with reduced hours or days, start slow. A voluntary trial that allows employees to sign up for the new model can help you gauge interest. Then be sure to set timelines to review how things are progressing. If you’re running a year-long trial, use the three, six, and nine-month points as places to check-in and evaluate the program. Don’t be afraid to walk it back if it’s having negative impacts on your business.

Finally, ensure that you communicate everything thoroughly with all of your stakeholders. With staff, make them aware of what’s expected, how you plan to evaluate the trial, and where they can help the company in making this critical decision. When it comes to your customers, educate them on how they may or may not be affected by this trial, how their concerns will be addressed with fewer days or hours, and how you hope this change could benefit them as well.

If you’re thinking of embracing a new paradigm for office-hours and want some assistance in thinking it all through, get in touch. At LRO staffing, we’ve been helping organizations navigate workplace changes for more than 15 years and have the expertise to help you navigate the changes to come.